Some months ago, I created PowerShell Script to create local administrative users on workstations – Create a local user or administrator account in Windows using PowerShell. It's a bit overcomplicated, but the goal was it should work for Windows 7 and up, and that means supporting PowerShell 2.0. As part of that exercise, I've been using Win32_UserAccount WMI based query to find local users and manage them to an extent. While Get-LocalUser exists, it's not suitable for the PowerShell 2.0 scenario. I also use the same query in GPO for WMI filtering. You can say it's been a good friend of mine – until today! Let's take a look at this basic WMI query:

It can also give more relevant data, such as if the account is enabled or disabled.

I've been using this WMI query both in PowerShell scripts that need to support PowerShell 2.0 (Windows 7) and in GPO WMI filtering when I apply GPO that only should execute if a given user exists.

WMI Win32_UserAccount - Why even mention it?

Now you may be wondering why I even mention this? I was checking for the existence of a single local user on a workstation rather than asking for multiple users. So by merely adding Name = ‘Administrator' I'm making sure my query outputs only a single user.

Except now, instead of 1 second, it takes 2 minutes.

WMI Win32_UserAccount - Why that happens?

I've run those, but without any WHERE filtering.

And suddenly, everything made sense. Without WHERE filtering, it queries not only local users but Active Directory users as well. This explains why a simple query would take 2 minutes – I have over 50000 users in my AD. Well, it only sort of makes sense because we're using an almost same query, which has a very subtle difference that shouldn't impact query in that way. If anything, it should be faster because we added condition limiting our output.

So, while I could probably find some way to work around this issue in PowerShell, it doesn't solve my problem when using the very same query in WMI filtering for Group Policies. It means that each time the GPO gets executed, it takes 2 minutes+ to do an assessment, whether it's valid for the current workstation or not. Not to mention, it impacts the performance of an AD.

What's the fix? Changing equal (=) to LIKE. Consider those two queries:

Almost the same, but the first one takes 1 second, the second one 2 minutes. So for some weird reason, the equal sign is causing WMI provider to go nuts, and changing it to LIKE resolves the issue. While I don't know why that happens, I'm pretty happy with this solution. I'm pretty sure I will forget about it in a few days so that this blog post will be my reminder to not take things for granted and that even subtle difference requires extensive testing. 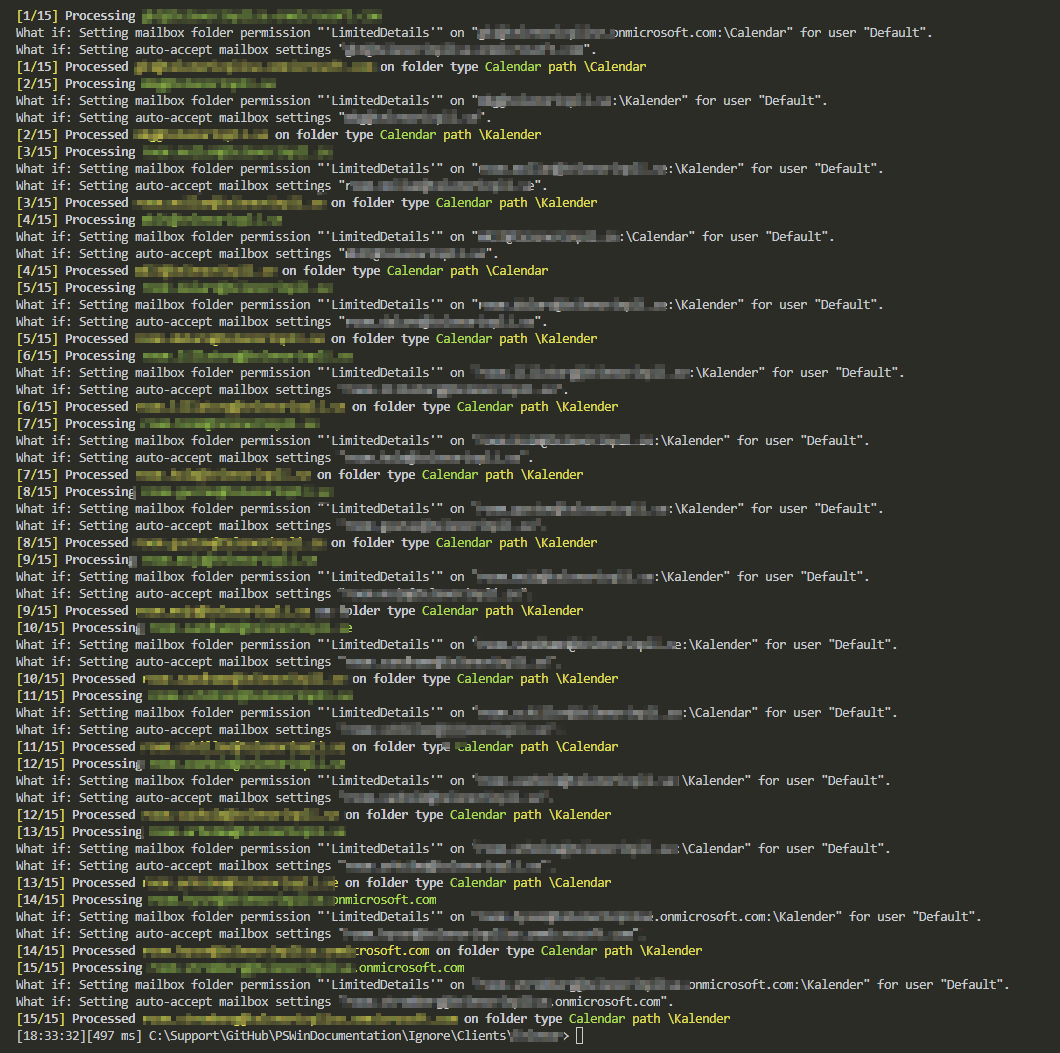 Changing Exchange folder permissions in multilanguage Office 365 tenants
One of the tasks I often get when setting up new Office 365 tenant or installing Exchange Servers is to change the visibility of Room Mailboxes or in some cases even standard users. There’s nothing hard about it, and there are plenty of articles about it. It’s just three simple steps.
22 Mar 2019 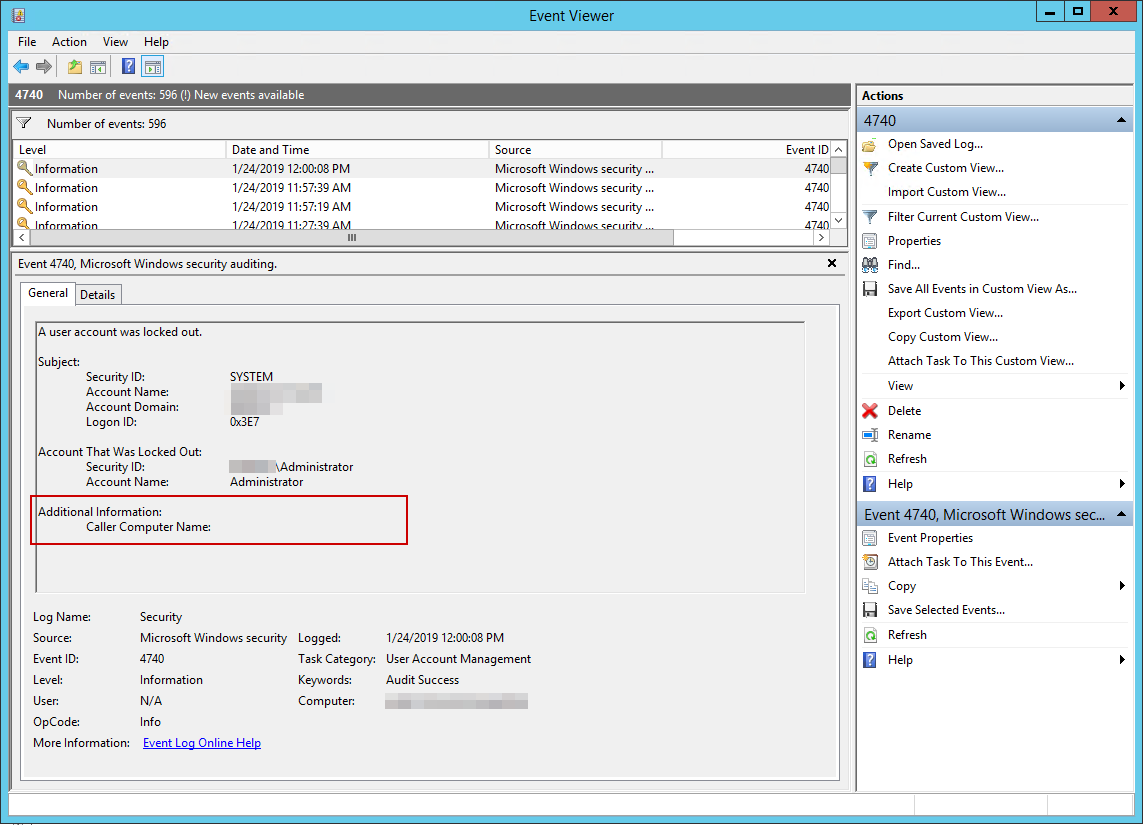 Active Directory – How to track down why and where the user account was locked out
I’ve been working with Windows Events for a while now. One of the things I did to help me diagnose problems and reporting on Windows Events was to write PSEventViewer to help to parse the logs and write PSWinReporting to help monitor (with use of PSEventViewer) Domain Controllers for events that happen across the domain. It’s handy and I, get those excellent daily reports of what happened while I was gone.
24 Jan 2019 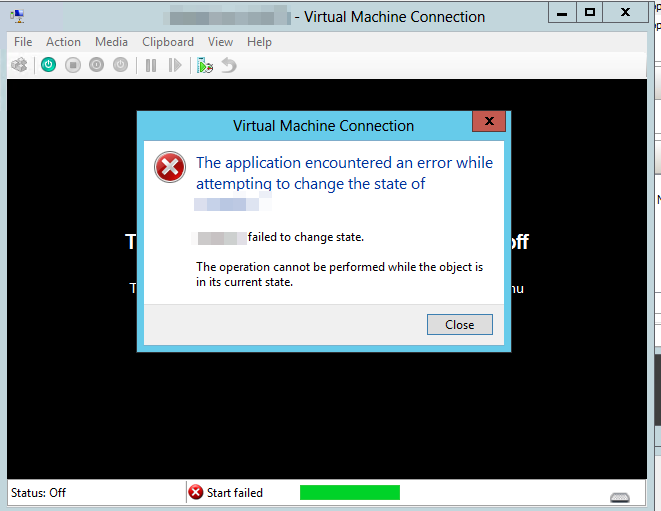 Executing hidden or private functions from PowerShell Modules
When you write PowerShell modules, there’s a high chance you will have conflicts with either existing system commands (you should avoid that) or with someone else’s modules. There are also times when someone wants to use a private function from a module that only exports essential functions. Here’s a couple of ways how to deal with those scenarios.
14 Jul 2019

Getting Azure Health by parsing HTML using PSParseHTML
Some time ago I’ve wrote PowerShell way to get all information about Office 365 Service Health, and if you were thinking that I would try the same concept for Azure Services you were right. However, I failed. This is because Office 365 Health can be gathered using Microsoft Graph API, and Azure Health information, as far as I know, is not available in the form I wanted it. Azure Status is available as part of Azure Status website. Contrary to Office 365 health you don’t have to login to your Office 365 tenant to read it.
08 Dec 2019 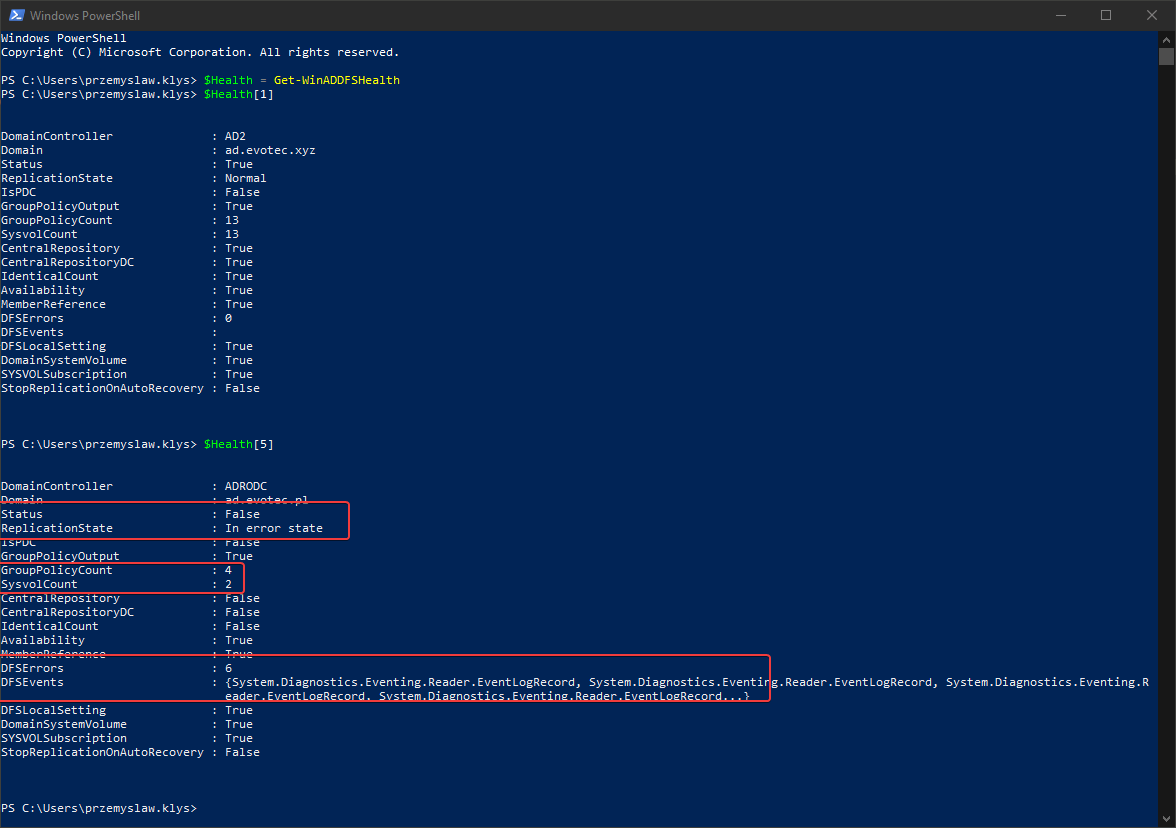 Active Directory DFS Health Check with PowerShell
One of the critical parts of Active Directory is DFS. It allows you to share same NETLOGON/SYSVOL folders across all Domain Controllers in your Forest. Its health is vital to the functionality of your Active Directory. If it’s broken, a lot of things may not work, and it’s not that easy to tell the status of it. At first sight, everything may seem to work correctly, but if you take a closer look – not so much. It’s great if you find it out by yourself, but not fun if suddenly GPO’s don’t apply to some users, computers, and you find out a year later.
20 Feb 2020

Advanced HTML reporting using PowerShell
I’ve been using HTML reporting in PowerShell for a while. Initially, I would usually build HTML by hand, but the time spent trying to figure out what works and what doesn’t drive me mad. With the PSWriteHTML module, a lot has changed. With just a few PowerShell lines, I can create feature-rich reports that change how I show data to my Clients. Today I wanted to show you some advanced HTML reporting without actually complicating PowerShell code. In the last few months, I’ve added many features that create advanced reports without sacrificing readability.
16 Mar 2021 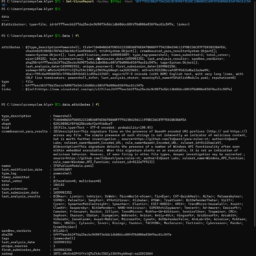 Working with VirusTotal from PowerShell
Virus Total is an excellent service. It’s a single place where hundreds of antivirus engines can verify if the file, URL, domain name, or IP Address is trusted or not. Of course, it’s not a silver bullet, but it brings tremendous value, and I often verify files I download before executing. Since I release a lot of new or updated PowerShell modules on a weekly/monthly basis, I thought it would be great to send newly released versions straight to Virus Total so I can have them checked before anyone executes them. I also hope to prevent false positives from some antivirus vendors that may tag my modules as malware because they haven’t seen the DLL or PowerShell module in this form before. I’ve seen it happen to DBATools, so why not try and push my modules before users even use them?
10 Aug 2022 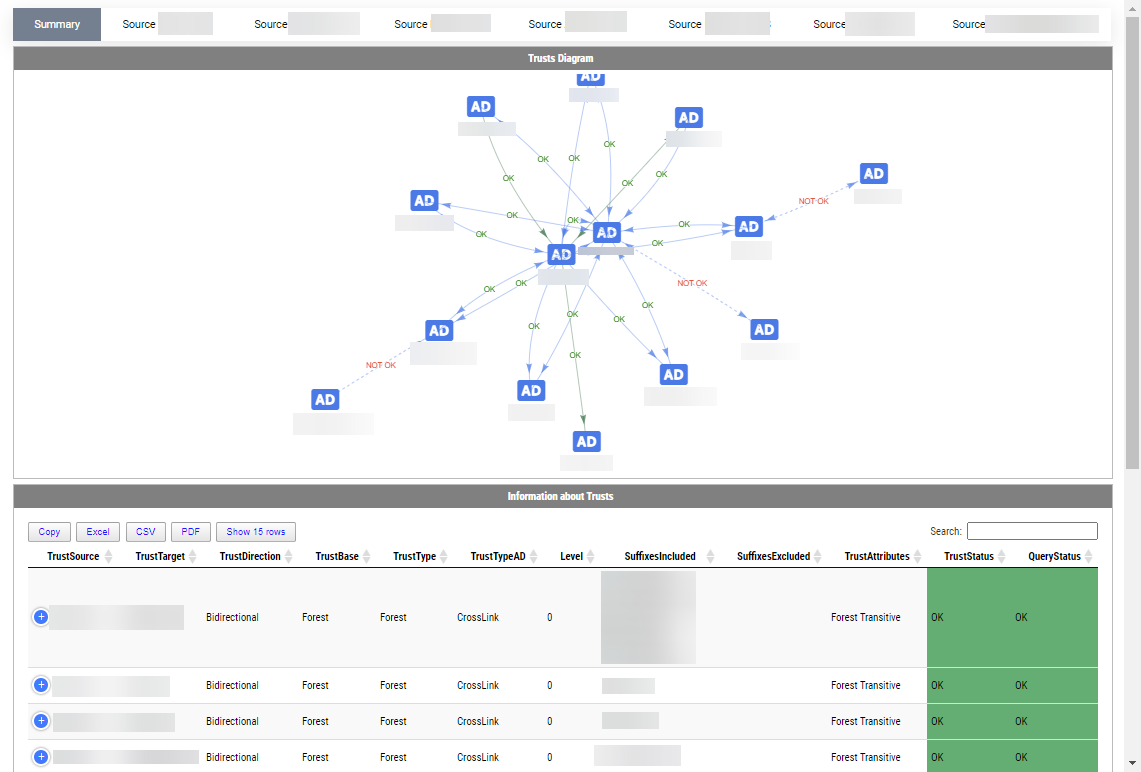 Visually display Active Directory Trusts using PowerShell
Active Directory Trusts are useful to connect one or more domains. But as useful those are, they can be very dangerous. Also, keeping trusts working and in good shape should be a top priority for Active Directory Admins. While there is a couple of command in the Active Directory module Get-ADTrust, I thought I would try and write my own that checks a few more things. I want to thank Chris Dent for his input on the part of this command. His binary skills amaze me!
14 Sep 2020

Office 365 – Limiting license to minimum apps required
Office 365 has a lot of options and applications to choose from. Enabling one E1, E3, or any other license gives the user a lot of features, including Exchange, SharePoint, and Teams. But what if you want to make sure that the user can access only Microsoft Teams? By default, you can do it manually during the assignment of the license. Simply choose only Apps you want to assign to a user.
07 Apr 2020

Mailozaurr – New mail toolkit (SMTP, IMAP, POP3) with support for oAuth 2.0 and GraphApi for PowerShell
Today, I’m introducing a new PowerShell module called Mailozaurr. It’s a module that aims to deliver functionality around Email for multiple use cases. I’ve started it since native SMTP cmdlet Send-MailMessage is obsolete,  and I thought it would be good to write a replacement that adds more features over it as things around us are changing rapidly.
04 Aug 2020